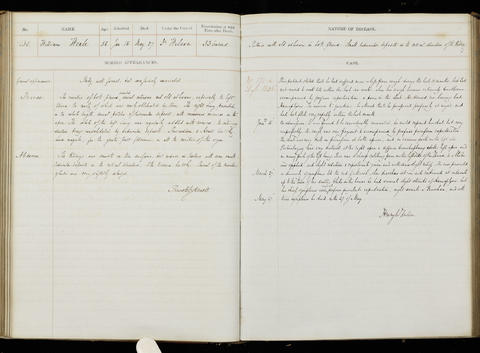 Admitted under the care of: Wilson, James Arthur
Medical examination performed by: Hewett, Prescott Gardner
Post mortem examination performed by: Fuller, Henry William
Medical notes: 'This patient stated that he had suffered more or less from cough during the last 12 months, but had not ceased to work till within the last six weeks, when his cough became extremely troublesome, accompanied by profuse expectoration & pain in the chest’
Body parts examined in the post mortem: Thorax, abdomen