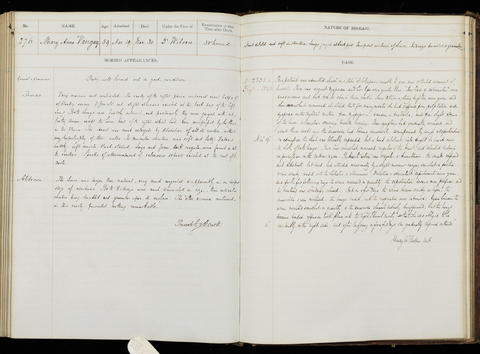 Admitted under the care of: Wilson, James Arthur
Medical examination performed by: Hewett, Prescott Gardner
Post mortem examination performed by: Fuller, Henry William
Medical notes: 'This patient was admitted almost in a state of collapse, unable to give any collected account of herself. There was urgent dyspnoea, and her lips were quite blue. Her face & extremities were anasarcous and had been so about three weeks’
Body parts examined in the post mortem: Thorax, abdomen