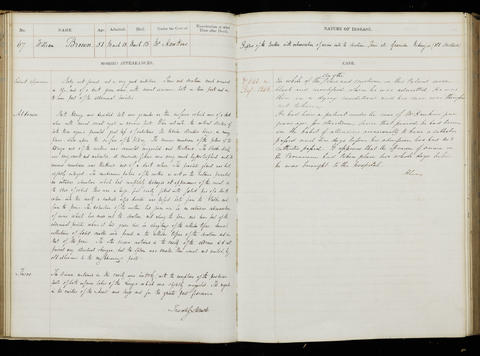 Admitted under the care of: Hawkins, Caesar Henry
Medical examination performed by: Hewett, Prescott Gardner
Post mortem examination performed by: Lee, Henry
Medical notes: 'The whole of the stem of the penis and scrotum in this patient were black and mortified, when he was admitted. He was then in a dying condition and his case was therefore not taken. He had been a patient under the care of Mr Hawkins [Caesar Hawkins] four years ago, for stricture. Since that period he had been in the habit of attending occasionally to have a catheter passed and ten days before his admission had had No 8 catheter passed’
Body parts examined in the post mortem: Abdomen, thorax