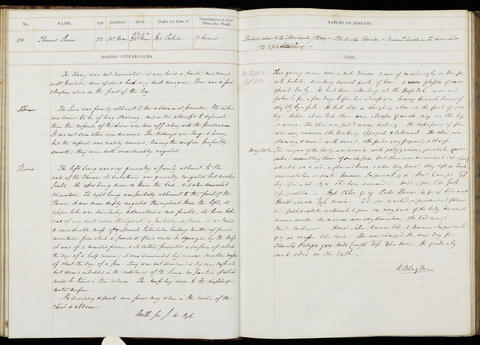 Admitted under the care of: Tatum, Thomas
Medical examination performed by: Blagden, Robert
Post mortem examination performed by: Barclay, Andrew Whyte and Ogle, John William
Medical notes: 'This young man was a cab driver & was of exceedingly intemperate habits, drinking several pints of beer, & glasses of raw spirit daily. He had been attending at the hospital as an out-patient for a few days before his admission, having bruised himself slightly by a fall. He had also a sloughing ulcer on the front of one leg’
Body parts examined in the post mortem: Abdomen, thorax