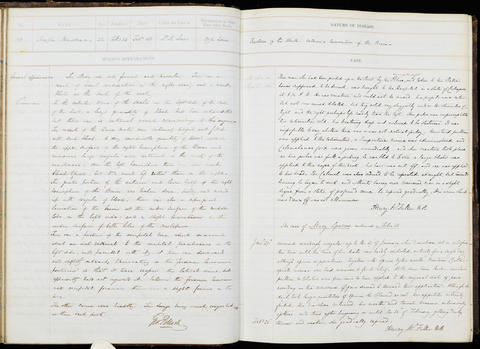 Occupation or role: [No occupation stated]
Age: 22
Gender: Male
Date of admission: 26 Feb 1848
Date of death: 26 Feb 1848
Disease (transcribed): Fracture of the skull. Extensive laceration of the brain.
Disease (standardised): Fracture (Skull); Laceration (Brain)
Admitted under the care of: Bence Jones, Henry
Medical examination performed by: Fuller, Henry William
Post mortem examination performed by: Pollock, George
Medical notes: This man who had been picked up in the street by the Police during the night and taken to the Station supposed to be drunk, was brought to the Hospital in a state of collapse
Body parts examined in the post mortem: Cranium
Type of incident: Trauma/accident?