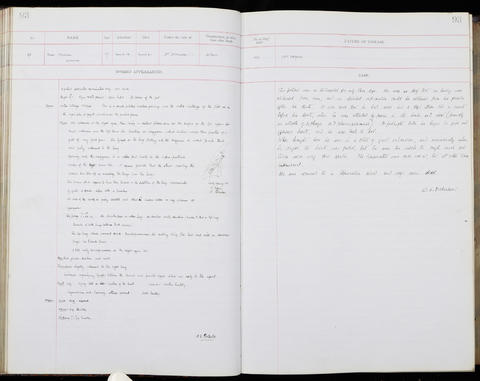 Admitted under the care of: Dickinson, William Howship
Medical examination performed by: Dickinson, William Lee
Post mortem examination performed by: Rolleston, Humphry Davy
Medical notes: It was said that he had never had a day’s illness till a month before his death, when he was attacked by pains in the limbs and chest. A fortnight later he began to give out offensive breath.
Body parts examined in the post mortem: Pleurae, lungs, bronchial glands, pericardium, heart, liver, spleen and kidneys
Type of incident: n/a