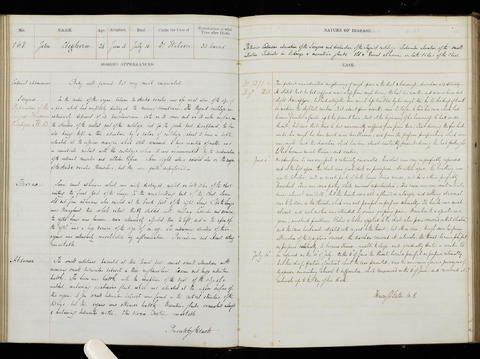 Admitted under the care of: Wilson, James Arthur
Medical examination performed by: Hewett, Prescott Gardner
Post mortem examination performed by: Fuller, Henry William
Medical notes: 'This patient was admitted complaining of cough, pain in the chest & hoarseness, diarrhoea and debility. He stated that he had suffered more or less form cough during the last ten months, and once or twice had slight haemoptysis, but had altogether been much less troubled by his cough than by the shortness of breath on making the slightest exertion’
Body parts examined in the post mortem: Larynx, thorax, abdomen