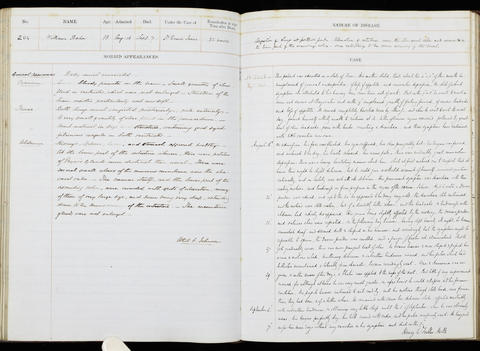 Occupation or role: [No occupation stated]
Age: 18
Gender: Male
Date of admission: 16 Aug 1846
Date of death: 7 Sep 1846
Disease (transcribed): Congestion of lungs at posterior part. Ulceration of intestines near the iliocecal valve and cecum and in the lower part of the ascending colon. Some extending to the serous covering of the bowel.
Disease (standardised): Congestion (Lung); Ulcer (Intestines)
Admitted under the care of: Bence Jones, Henry
Medical examination performed by: Fuller, Henry William
Post mortem examination performed by: Johnstone, Athol Archibald Wood
Medical notes: This patient was admitted in a state of fever. His mother stated that about the 4th or 5th of this month he complained of general indisposition, off loss of appetite and muscular depression, the whole of which she attributed to his having been some time out of work.
Body parts examined in the post mortem: Cranium, thorax and abdomen
Type of incident: n/a