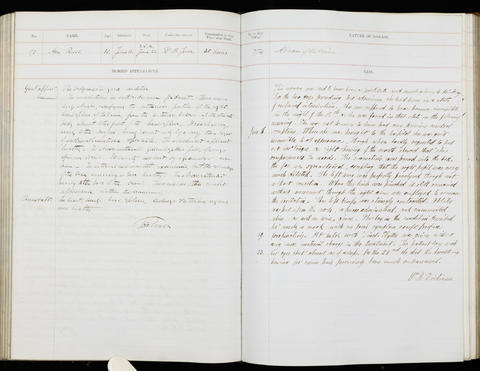 Occupation or role: Prostitute
Age: 30
Gender: Female
Date of admission: 16 Jun 1860
Date of death: 22 Jun 1860
Disease (transcribed): Abscess of the brain
Disease (standardised): Abscess (Brain)
Admitted under the care of: Bence Jones, Henry
Medical examination performed by: Dickinson, William Howship
Post mortem examination performed by: Holmes, Timothy
Medical notes: 'This woman was said to have been a prostitute and much given to drinking. For the two days preceding her admission she had been in a state of continued intoxication. She was supposed to have been insensible in the night of the 15th as she was found in that state on the following morning. She was not known to have had any previous cerebral symptoms’
Body parts examined in the post mortem: Cranium, thorax, abdomen