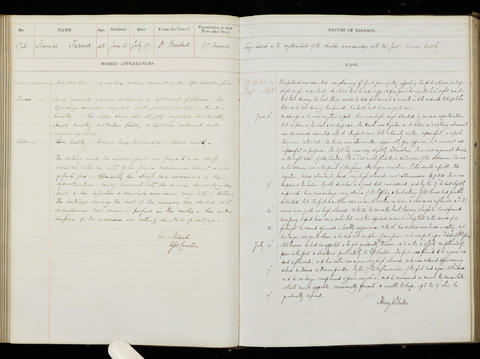 Admitted under the care of: Macleod, Roderick
Medical examination performed by: Pollock, George
Post mortem examination performed by: Fuller, Henry William
Medical notes: 'This patient was admitted complaining of gout principally affecting the feet & knees, and of slight cough, & sore back. He stated that he had suffered from gout during the last eight months, but that during the last three weeks, he had felt so weak & unwell as to be induced to keep to his bed, and that during this period, his back had become quite sore’
Body parts examined in the post mortem: Thorax, abdomen