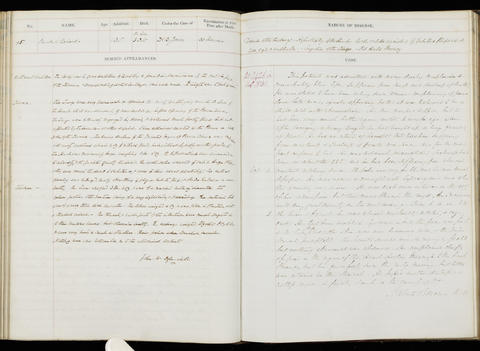 Admitted under the care of: Bence Jones, Henry
Medical examination performed by: Barclay, Andrew Whyte
Post mortem examination performed by: Ogle, John William
Medical notes: 'This patient was admitted with a very dusky complexion & remarkably blue lips, suffering from cough and shortness of breath. He was stated to have been ailing since Xmas, complaining of pains down both arms, equally affecting both; it was believed to be a slight cold with rheumatism’
Body parts examined in the post mortem: Thorax, abdomen