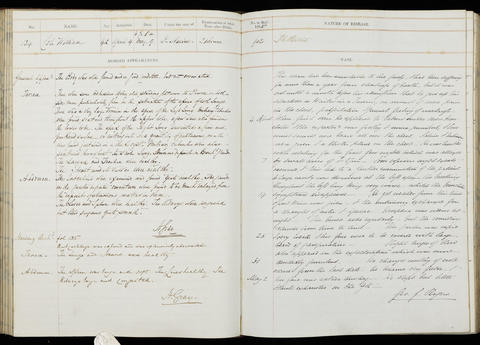 Occupation or role: Waiter
Age: 42
Gender: Male
Date of admission: 4 April 1855
Date of death: 9 May 1855
Disease (transcribed): Phthisis
Disease (standardised): Tuberculosis (Lung)
Admitted under the care of: Nairne, Robert
Medical examination performed by: Rogers, George Goddard
Post mortem examination performed by: Gray, Henry
Medical notes: This man had been accustomed to live freely, and had been suffering for more than a year from shortness of breath; but it was not until a month before admission that he gave up his situation as Waiter in a Tavern, on account of severe pain in the chest, palpitation and general feeling of weakness.
Body parts examined in the post mortem: Thorax and abdomen
Type of incident: n/a