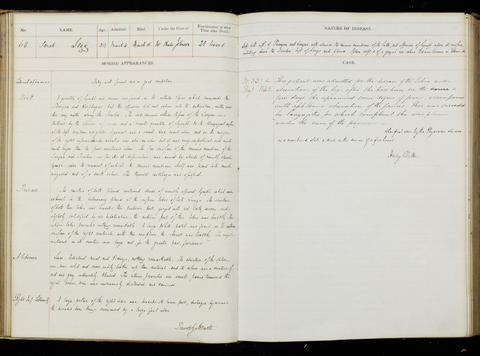 Admitted under the care of: Johnson, Henry Charles
Medical examination performed by: Hewett, Prescott Gardner
Post mortem examination performed by: Fuller, Henry William
Medical notes: 'This patient was admitted for the disease of the tibia and ulceration of the leg. After she had been in the house a few days she experienced some degree of fever’
Body parts examined in the post mortem: Neck, thorax, abdomen, right inferior extremity