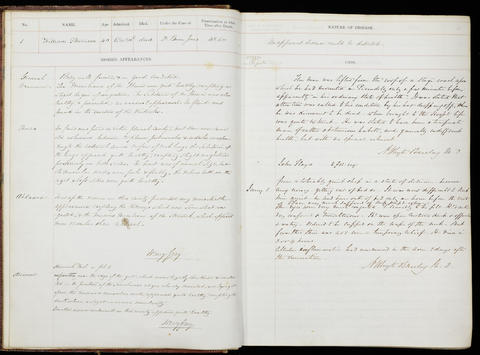 Admitted under the care of: Bence Jones, Henry
Medical examination performed by: Barclay, Andrew Whyte
Post mortem examination performed by: Gray, Henry
Medical notes: 'This man was lifted from the roof of a stage coach upon which he had mounted in Piccadilly only a few minutes before, apparently in his ordinary state of health. It was stated that attention was called to his condition by his hat dropping off, when he was discovered to be dead. When brought to the hospital life was quite extinct. He was stated to have been a temperate man of rather abstemious habits, and generally indifferent health, but with no special ailment’
Body parts examined in the post mortem: Cranium, thorax, abdomen