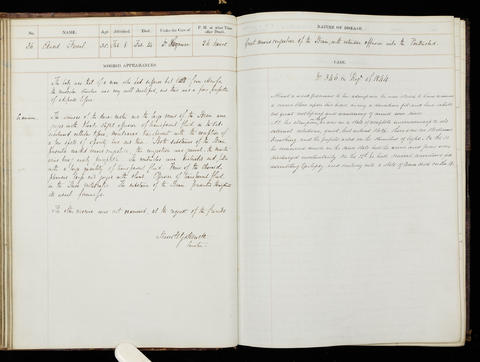 Occupation or role: [No occupation stated]
Age: 35
Gender: Male
Date of admission: 8 February 1844
Date of death: 14 February 1844
Disease (transcribed): Great venous congestion of the Brain, with extensive effusion into the Ventricles.
Disease (standardised): Disease (Brain )
Admitted under the care of: Seymour, Edward James
Medical examination performed by: n/a
Post mortem examination performed by: Hewett, Prescott Gardner
Medical notes: About a week previous to his admission he was stated to have received a severe blow upon his head during a drunken fit.
Body parts examined in the post mortem: Cranium. The other viscera were not examined, at the request of the friends.
Type of incident: Trauma/accident