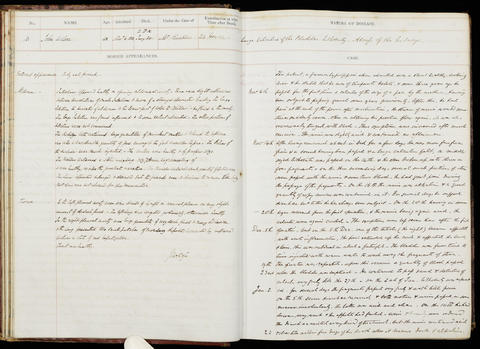 Admitted under the care of: Hawkins, Caesar Henry
Medical examination performed by: n/a
Post mortem examination performed by: Ogle, John William
Medical notes: 'This patient, a farmer by profession, when admitted was a stout, healthy-looking man & he stated that he was of temperate habits, & some three years ago he passed for the first time a calculus of the size of a pea by the urethra, having been subject to passing gravel some years previously. After this, he had pain at the end of the penis after micturition, the stream of urine would sometimes suddenly cease, & then on altering his position flow again, it was also occasionally tinged with blood. These symptoms were increased after much exercise’
Body parts examined in the post mortem: Abdomen, thorax