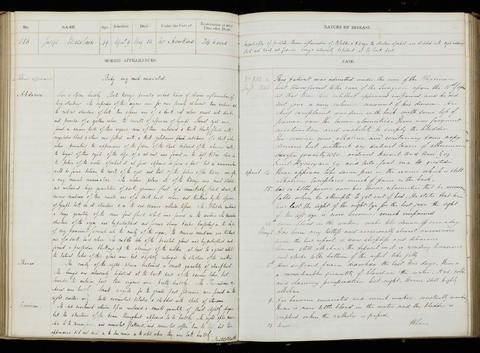 Admitted under the care of: Hawkins, Caesar Henry
Medical examination performed by: Hewett, Prescott Gardner
Post mortem examination performed by: Lee, Henry
Medical notes: 'This patient was admitted under the care of the physician, but transferred to the care of the surgeon upon the 11th of April. At that time his intellect appeared impaired and he did not give a very coherent account of his disease. His chief complaint was pain in the back with some loss of power over the lower extremities’
Body parts examined in the post mortem: Abdomen, thorax, cranium