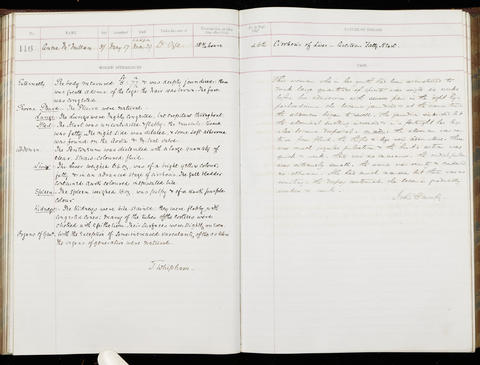 Admitted under the care of: Ogle, John William
Medical examination performed by: Cavafy, John
Post mortem examination performed by: Whipham, Thomas Tillyer
Medical notes: 'This woman who in her youth had been accustomed to drink large quantities of spirits, was seized six weeks before her admission with severe pain in the right hypochondrium. She became jaundiced & at the same time the abdomen began to swell. The jaundice subsided but the abdominal swelling increased & in a fortnight her legs also became dropsical’
Post mortem notes: Body parts examined in the post mortem: Thorax, abdomen, organs of generation