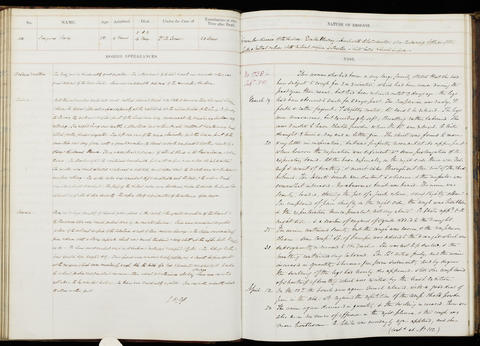 Admitted under the care of: Bence Jones, Henry
Medical examination performed by: Barclay, Andrew Whyte
Post mortem examination performed by: Ogle, John William
Medical notes: 'This woman, who had borne a very large family, stated that she had been subject to cough for 2 or 3 winters, which had been worse during the past year than usual, but had been relieved until 2 days ago. The legs had been observed to swell for 8 days past’
Body parts examined in the post mortem: Thorax, abdomen