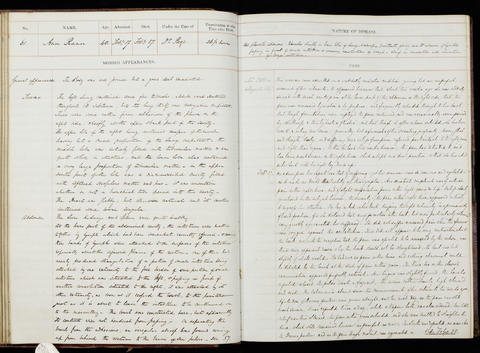 Admitted under the care of: Page, William Emanuel
Medical examination performed by: Fuller, Henry William
Post mortem examination performed by: Pollock, George
Medical notes: This woman was admitted in a cachectic condition. It appeared that about two weeks ago she was suddenly seized with most acute pain at the lower part of the abdomen on the right side.
Body parts examined in the post mortem: Thorax and abdomen
Type of incident: n/a