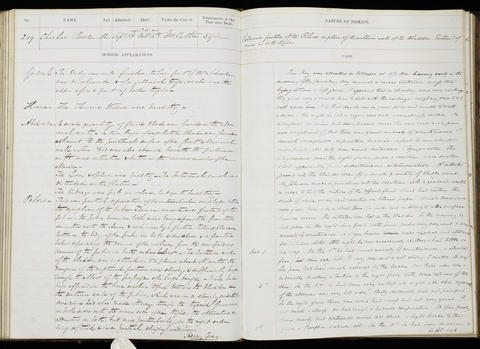 Occupation or role: [Occupation not stated]
Age: 12
Gender: Male
Date of admission: 30 Sep 1849
Date of death: 6 Oct 1849
Disease (transcribed): Extensive fracture of the pelvis. Rupture of the anterior wall of the bladder. Extravasation of urine in both thighs
Disease (standardised): Fracture (Pelvis); Rupture (Bladder)
Admitted under the care of: Cutler, Edward
Medical examination performed by: Holl, Harvey Buchanan
Post mortem examination performed by: Gray, Henry
Medical notes: 'This boy was admitted in collapse at 11 1/2am having early in the morning of the preceding day received a severe contusion across the hypogastrium & left groin. It appeared that in climbing some iron railings they gave way & caused him to fall with the railings’
Body parts examined in the post mortem: Thorax, abdomen, pelvis