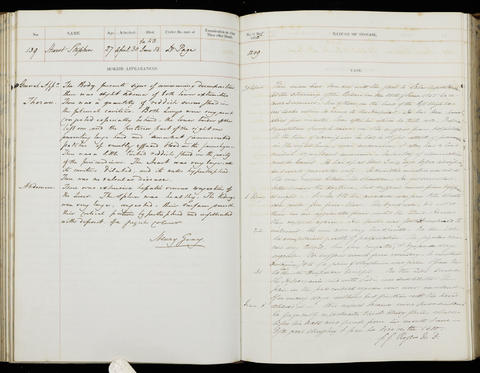 Occupation or role: [No occupation stated]
Age: 27
Gender: Male
Date of admission: 30 Apr 1856
Date of death: 13 Jun 1856
Disease (transcribed): Diseased Heart and Kidneys
Disease (standardised): Disease (Heart); Disease (Kidney)
Admitted under the care of: Page, William Emanuel
Medical examination performed by: Rogers, George Goddard
Post mortem examination performed by: Gray, Henry
Medical notes: This man had been out with the fleet to Sevastopol. At the storming of the Redan on 18th June 1855 he received three wounds. One of those, on the back of the left thigh, had not healed when he came to the Hospital. He had been home about five months and soon after his return he took cold.
Body parts examined in the post mortem: Thorax and abdomen
Type of incident: n/a