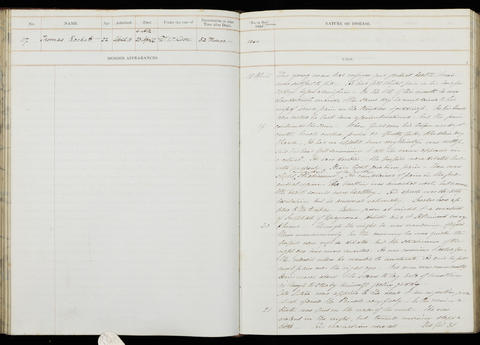 Occupation or role: [No occupation stated]
Age: 22
Gender: Male
Date of admission: 18 April 1855
Date of death: 23 April 1855
Disease (transcribed): n/a
Disease (standardised): n/a
Admitted under the care of: Wilson, James Arthur
Medical examination performed by: Rogers, George Goddard
Post mortem examination performed by: n/a
Medical notes: He had felt pain in his head for thirteen days before admission. On the 8th of this month he was clandestinely married, and the same day he complained to his wife of severe pain in the temples and giddiness.
Body parts examined in the post mortem: n/a
Type of incident: n/a