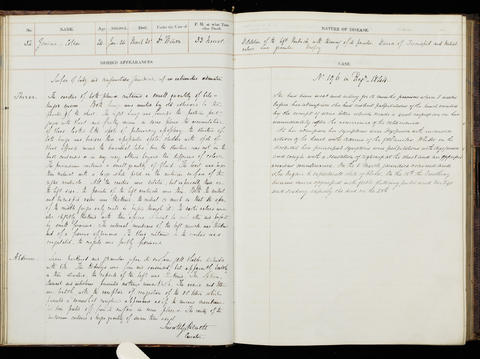 Occupation or role: [No occupation stated]
Age: 24
Gender: Female
Date of admission: 24 Jan 1844
Date of death: 20 Mar 1844
Disease (transcribed): Dilatation of the left ventricle with thinning of its parietes. Disease of Tricuspid and Mitral Valves. Liver granular. Dropsy.
Disease (standardised): Disease (Heart); Granular (Liver); Oedema (Extremities)
Admitted under the care of: Wilson, James Arthur
Medical examination performed by: n/a
Post mortem examination performed by: Hewett, Prescott Gardner
Medical notes: The patient had been weak and ailing when three weeks before her admission she had violent palpitation of the heart excited by the receipt of a letter which made a great impression on her immediately after the occurrence of the catamenia.
Body parts examined in the post mortem: Thorax and abdomen
Type of incident: n/a