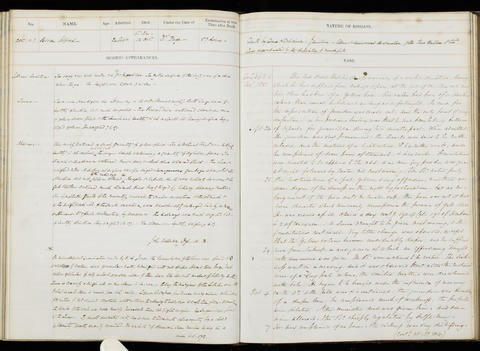 Occupation or role: [No occupation stated]
Age: n/a
Gender: Male
Date of admission: 24 Sep 1851
Date of death: 12 Oct 1851
Disease (transcribed): Death by coma & delirium. Jaundice. Almost universal destruction of the true texture of the liver accompanied by the deposition of much fat
Disease (standardised): Coma (Systemic); Delirium (Nervous system); Jaundice (Skin); Disease (Liver)
Admitted under the care of: Page, William Emanuel
Medical examination performed by: Barclay, Andrew Whyte
Post mortem examination performed by: Ogle, John William and Bence Jones, Henry
Medical notes: 'This lad stated that his illness was only of a week’s duration, during which he had suffered from sickness & pain at the pit of the stomach and his skin had been of a yellow hue, his water had been of a darker colour than usual, he believed as long as a fortnight’
Body parts examined in the post mortem: Thorax, abdomen