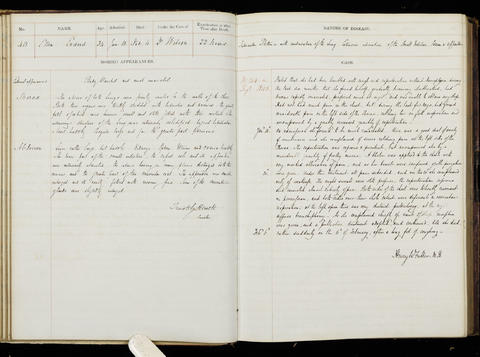 Admitted under the care of: Wilson, James Arthur
Medical examination performed by: Hewett, Prescott Gardner
Post mortem examination performed by: Fuller, Henry William
Medical notes: 'Stated that she had been troubled with cough and expectoration without haemoptysis, during the last six months, that she found herself gradually becoming short-breathed, had become rapidly emaciated, perspired much at night, and was unable to obtain any sleep’
Body parts examined in the post mortem: Thorax, abdomen