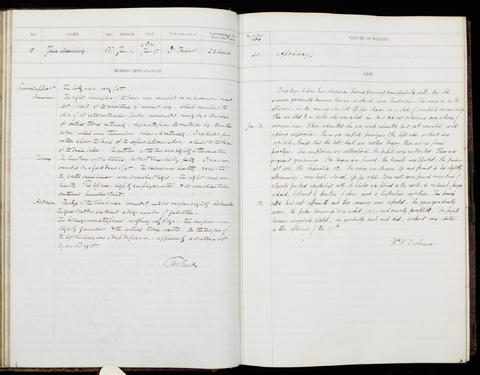 Occupation or role: [Occupation not stated]
Age: 66
Gender: Female
Date of admission: 11 Jan 1860
Date of death: 17 Jan 1860
Disease (transcribed): Apoplexy
Disease (standardised): Stroke (Brain)
Admitted under the care of: Fuller, Henry William
Medical examination performed by: Dickinson, William Howship
Post mortem examination performed by: Holmes, Timothy
Medical notes: 'Four days before her admission, having previously been perfectly well, this old woman gradually became drowsy, without any headache. The [illness] came on in the afternoon, in the evening she fell off her chair in a state of complete insensibility. She was bled by a doctor who was called in, but did not experience any return of consciousness’
Body parts examined in the post mortem: Cranium., thorax, abdomen