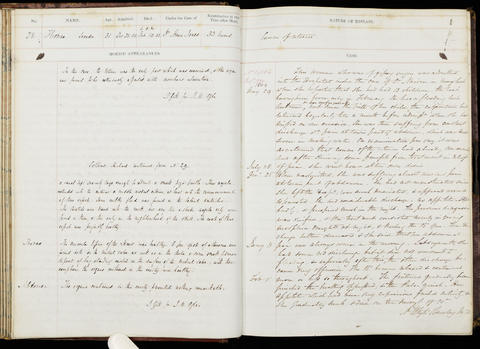 Occupation or role: [No occupation stated]
Age: 31
Gender: Female
Date of admission: 25 Dec 1850
Date of death: 10 Feb 1851
Disease (transcribed): Cancer of uterus
Disease (standardised): Cancer (Uterus)
Admitted under the care of: Bence Jones, Henry
Medical examination performed by: Barclay, Andrew Whyte
Post mortem examination performed by: Hewett, Prescott Gardner and Ogle, John William
Medical notes: 'This woman, who was of gipsy origin, was admitted into the hospital under the care of Dr Nairne [Robert Nairne] in May last, when she reported that she had had 13 children, the last having been born only in February, She had a flooding last autumn in her confinement, but since the birth of her child the catamenia [menstruation] had returned regularly till a month before admission when she had missed on one occasion. She was then suffering from constant discharge with pain at lower part of abdomen, which was most severe in making water’
Body parts examined in the post mortem: 'In this case, the uterus was the only part which was examined’