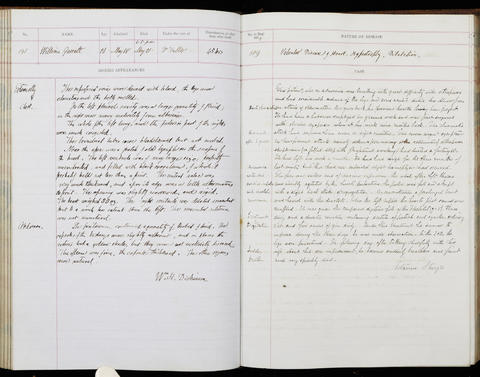 Occupation or role: Labourer
Age: 26
Gender: Female
Date of admission: 18 May 1864
Date of death: 21 May 1864
Disease (transcribed): Valvular disease of heart, hypertrophy, dilatation
Disease (standardised): Disease (Heart)
Admitted under the care of: Fuller, Henry William
Medical examination performed by: Dickinson, William Howship
Post mortem examination performed by: Sturges, Octavius
Medical notes: 'This patient, who on admission was breathing with great difficulty with orthopnea and had considerable oedema of the legs and some ascites, dated his illness from one attack of rheumatism two years back, his previous health havivng been perfect. He had been a labourer employed in ground work’
Body parts examined in the post mortem: Chest, abdomen