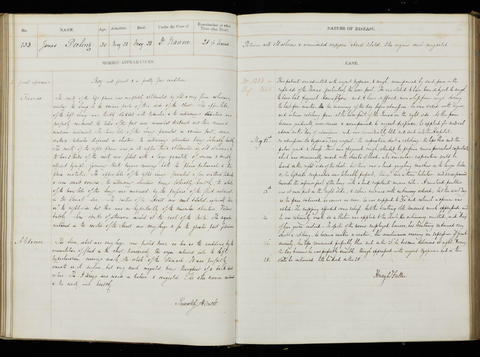 Admitted under the care of: Nairne, Robert
Medical examination performed by: Hewett, Prescott Gardner
Post mortem examination performed by: Fuller, Henry William
Medical notes: 'This patient was admitted with urgent dyspnoea & cough, accompanied by acute pain on the right side of the thorax, particularly the lower part. He was stated to have been subject to cough, to have had frequent haemoptysis, and to have suffered more or less from cough during the last four months’
Body parts examined in the post mortem: Thorax, abdomen