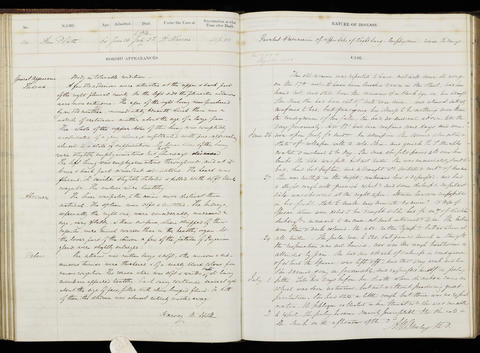 Admitted under the care of: Nairne, Robert
Medical examination performed by: Barclay, Andrew Whyte
Post mortem examination performed by: Holl, Harvey Buchanan
Medical notes: This woman was reported to have been met with some ill usage. On the 17th she had been been brought down in the in the street, had her hand cut, and still bore the remains if a black eye on her admission. She said that she had been out of sorts ever since.
Body parts examined in the post mortem: Thorax, abdomen and pelvis
Type of incident: n/a