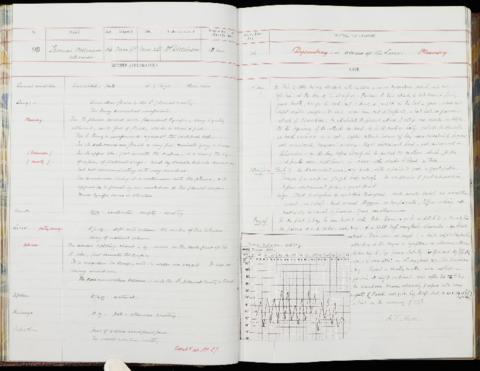 Admitted under the care of: Dickinson, William Howship
Medical examination performed by: Owen, Herbert Isambard
Post mortem examination performed by: Myers, Arthur Thomas
Medical notes: 'On Feb 14, 1881 he was attacked with sudden & severe diarrhoea which had not left him at the time of his admission. Previous to this attack he had been in fairly good health, though he had lost 2 stone in weight in the last 4 years, & had had slight winter cough. He had never been out of England, & had had no previous attack of diarrhoea. He attributed the present attack to eating some muscles [mussels] on Feb 14'
Body parts examined in the post mortem: Lungs, heart, liver, spleen, kidneys, intestines