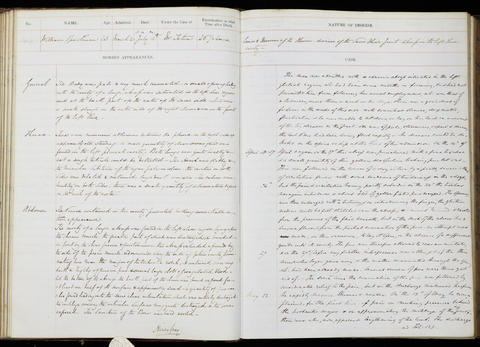 Occupation or role: Labourer
Age: 23
Gender: Male
Date of admission: 21 Mar 1849
Date of death: 12 Jul 1849
Disease (transcribed): Caries & necrosis of the ilium. Disease of the sacro-iliac joint, Abscess in the left iliac cavity
Disease (standardised): Caries (Hip); Necrosis (Hip); Disease (Hips); Abscess (Hip)
Admitted under the care of: Tatum, Thomas
Medical examination performed by: Holl, Harvey Buchanan
Post mortem examination performed by: Gray, Henry
Medical notes: 'This man was admitted with a chronic abscess situated in the left gluteal region which had been some months in forming, but had not prevented him from following his usual employment, which was that of a labourer, more than a week or ten days’
Body parts examined in the post mortem: Thorax, abdomen