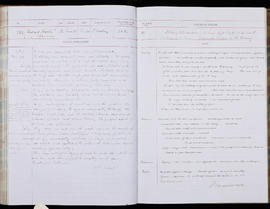 Occupation or role: Barman
Gender: Male
Age: 32
Date of admission: 25 Jun 1878
Date of death: 30 Jun 1878
Disease (transcribed): Miliary tuberculosis of the lung. Hypertrophy of the heart. Cirrhosis of the liver. Tubercular disease of the kidney
Disease (standardised): Tuberculosis (Lung); Hypertrophy (Heart); Liver cirrhosis (Liver); Tuberculosis (Kidney);
Admitting doctor: Wadham, William
Medical examination performed by: Owen, Herbert Isambard
PM performed by: Ewart, William
Medical notes: 'History. His wife stated that he was subject to severe and prolonged coughs, to sick headaches, epistaxis, and boils: he habitually sweated profusely, was intolerant of fat, and drank much more than was good for him. At Xmas 1876 he was laid up a month with R. {Right] pleurisy: he got quite rid of the symptoms from that time till the following May: then was laid up 3 wks [weeks] with inflammation of the R. [Right] lung. From that time he was never free from cough. In Septr [September] 1877 he suddenly coughed ' a pint' of dark blood: continued to bring up more or less for a fortnight. From that time there was much expectorn [expectoration]. Four similar attacks of haemoptysis succeeded, the last at the end of April 1878. The cough steadily increased: he sweated profusely. He lost flesh from the middle of April. A rigor for three hours, 12 days before admission'
Body parts examined in the post mortem: Lungs, heart, liver, spleen, kidneys
Type of incident: n/a 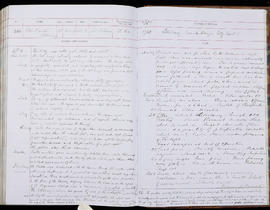 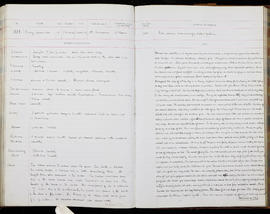