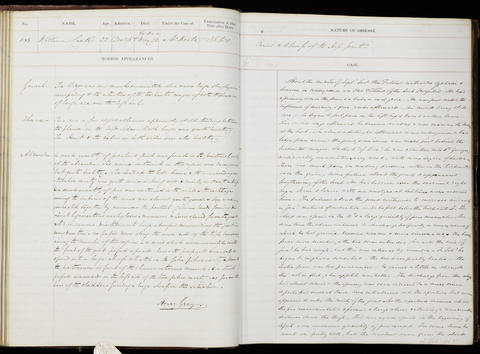 Occupation or role: [Occupation not stated]
Age: 22
Gender: Male
Date of admission: 6 Dec 1848
Date of death: 22 May 1849
Disease (transcribed): Caries & abscess of the hip joint
Disease (standardised): Caries (Hip); Abscess (Hip)
Admitted under the care of: Keate, Robert
Medical examination performed by: Holl, Harvey Buchanan
Post mortem examination performed by: Gray, Henry
Medical notes: 'About the middle of September last this patient contracted syphilis & became in consequence an out-patient of the Lock Hospital. He had a primary sore on the penis & a bubo in each groin. He was put under the influence of mercury & five weeks afterwards (his mouth being still sore), he began to feel pain in the left hip & knee & walked lame. Five or six days afterwards he became disabled & was made an in-patient at the Lock. In about a fortnight afterward some enlargement had taken place around the joint, & an issue was made just behind the trochanter major’
Body parts examined in the post mortem: Thorax, abdomen