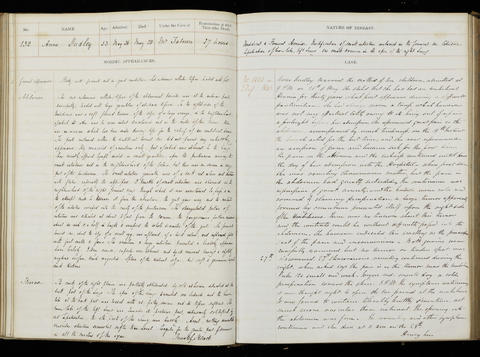 Admitted under the care of: Tatum, Thomas
Medical examination performed by: Hewett, Prescott Gardner
Post mortem examination performed by: Lee, Henry
Medical notes: 'Anne Dudley, married, the mother of ten children, admitted at 9pm on 26th of May. She stated that she had had an umbilical hernia for thirty years, which first appeared during a difficult parturition. She had always worn a truss which however was not very effectual lately owing to its being out of repair’
Body parts examined in the post mortem: Abdomen, thorax