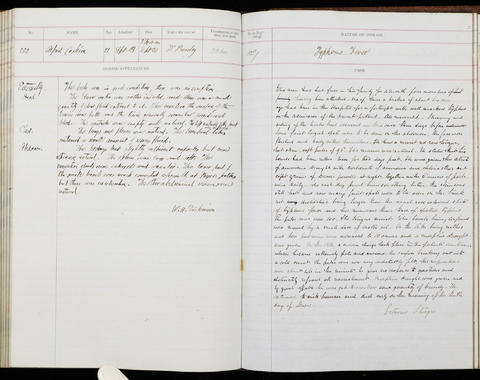 Occupation or role: Sadler
Age: 21
Gender: Male
Date of admission: 13 Sep 1864
Date of death: 20 Sep 1864
Disease (transcribed): Typhus
Disease (standardised): Typhus (Systemic)
Admitted under the care of: Barclay, Andrew Whyte
Medical examination performed by: Dickinson, William Howship
Post mortem examination performed by: Sturges, Octavius
Medical notes: 'This man had had fever in his family for a month, four members having been attacked. One of these, a brother of about his own age, had been in the hospital for a fortnight with well-marked typhus on the admission of the present patient. All recovered’
Body parts examined in the post mortem: Head, chest, abdomen