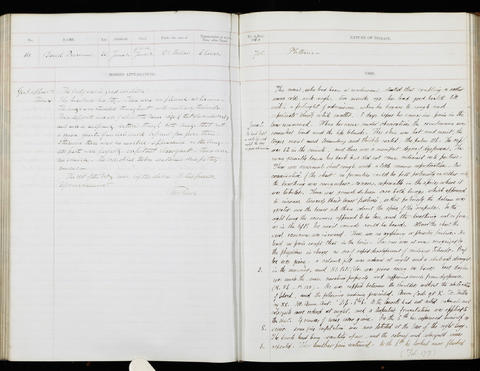 Occupation or role: [Occupation not stated]
Age: 26
Gender: Male
Date of admission: 1 Jun 1860
Date of death: 13 Jun 1860
Disease (transcribed): Phthisis
Disease (standardised): Tuberculosis (Lungs)
Admitted under the care of: Fuller, Henry William
Medical examination performed by: Dickinson, William Howship
Post mortem examination performed by: Holmes, Timothy
Medical notes: 'This man, who had been a coachman, stated that excepting a rather severe cold with cough, two months ago, he had good health till within a fortnight of admission’
Body parts examined in the post mortem: Thorax (‘the rest of the body was, by the desire of his friends, left unexamined’)