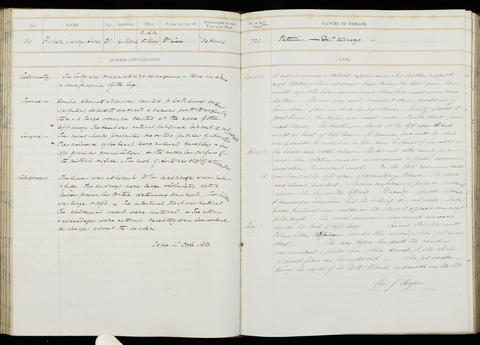 Occupation or role: [No occupation stated]
Age: 31
Gender: Female
Date of admission: 14 Mar 1855
Date of death: 5 May 1855
Disease (transcribed): Phthisis. Disease Kidneys
Disease (standardised): Tuberculosis (Lung); Disease (Kidney)
Admitted under the care of: Lee, Henry
Medical examination performed by: Rogers, George Goddard
Post mortem examination performed by: Ogle, John William
Medical notes: This woman had been subject to cough and spitting of blood at various times during the last two years. Eleven months ago she had a miscarriage and had been much worse since that time. She was very weak and unable to stand. She complained of pain in the lower part of the abdomen, loss of appetite and great thirst.
Body parts examined in the post mortem: Thorax, larynx and abdomen
Type of incident: n/a