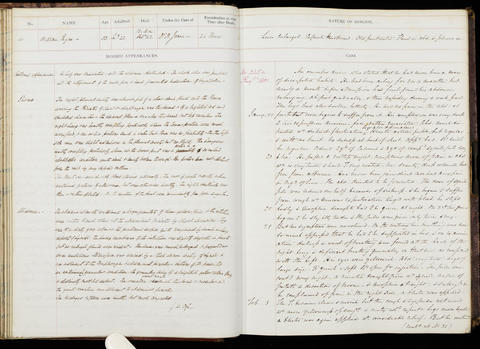 Admitted under the care of: Bence Jones, Henry
Medical examination performed by: Barclay, Andrew Whyte
Post mortem examination performed by: Ogle, John William
Medical notes: 'An omnibus driver who stated that he had never been a man of dissipated habits. He had been ailing for 3 or 4 months, but nearly a month before admission had first found his abdomen enlarging, at first gradually, & then rapidly during a week past. The legs had also swollen latterly. He had no pain in the abdomen at first but now begins to suffer from it’
Body parts examined in the post mortem: Thorax, abdomen