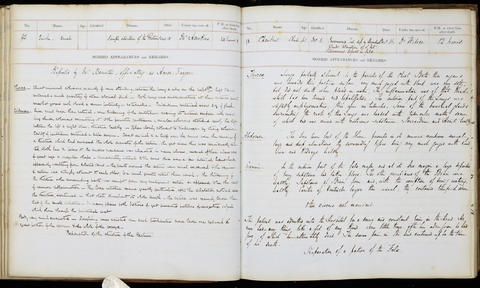 Occupation or role: [No occupation stated]
Age: 41
Gender: Male
Date of admission: 5 Oct 1842
Date of death: 16 Dec 1842
Disease (transcribed): Pneumonia. Tubercular deposits in Bronchial glands. Ulceration of large intestine. Calcareous deposit in falx.
Disease (standardised): Pneumonia (Lung); Tuberculosis (Lung); Ulcer (Intestines); Calculi (Spinal cord)
Admitted under the care of: Wilson, James Arthur
Medical examination performed by: n/a
Post mortem examination performed by: n/a
Medical notes: The patient was admitted into the Hospital for a severe and constant pain in the head. He had not suffered from fits. Some little time after his admission he had fever, of which he ultimately died. The severe pain in the head continued up to the time of his death.
Body parts examined in the post mortem: Thorax, abdomen and cranium
Type of incident: n/a

Preparation of a portion of the falx