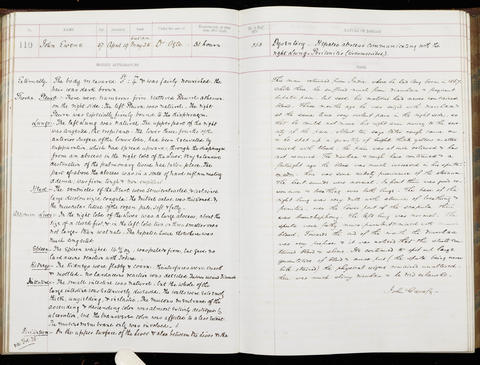 Admitted under the care of: Ogle, John William
Medical examination performed by: Cavafy, John
Post mortem examination performed by: Whipham, Thomas Tillyer
Medical notes: 'This man returned from India, where he had long been, in 1867. While there he suffered much from diarrhoea & frequent hepatic pain, but said his motions had never contained blood. Three months ago he was seized with diarrhoea & at the same time very violent pain in the right side, so that he could not move his right arm owing to the severity of the pain. About ten days later cough came on & he spat up a quantity of thick yellow matter mixed with blood’
Post mortem notes: Body parts examined in the post mortem: Thorax, abdomen