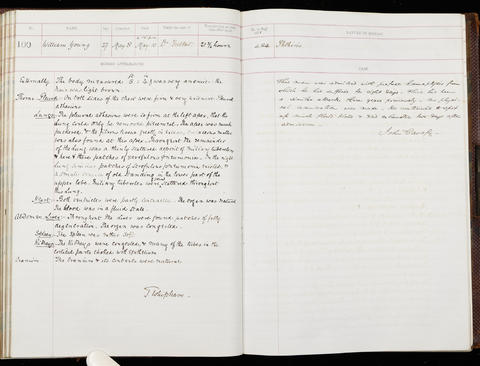 Admitted under the care of: Fuller, Henry William
Medical examination performed by: Cavafy, John
Post mortem examination performed by: Whipham, Thomas Tillyer
Medical notes: 'This man was admitted with profuse haemoptysis from which he had suffered for eight days. There had been a similar attack three years previously. No physical examination was made. He continued to spit up much florid blood & died exhausted two days after admission’
Post mortem notes: Body parts examined in the post mortem: Thorax, abdomen, cranium