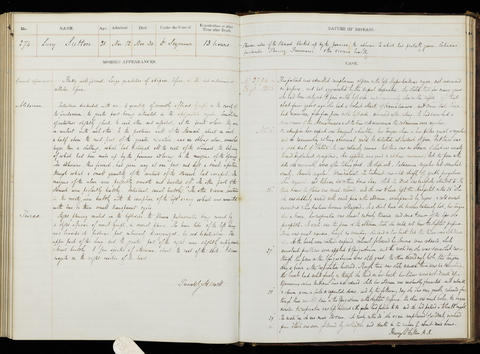 Admitted under the care of: Seymour, Edward James
Medical examination performed by: Hewett, Prescott Gardner
Post mortem examination performed by: Fuller, Henry William
Medical notes: 'This patient was admitted complaining of pain in the left hypochondriac region, not increased on pressure, and not aggravated by the deepest inspiration. She stated that for many years she had been subject to pain on the left side, and occasionally also on the right, and that about four years ago, she had a violent attack of haematemesis’
Body parts examined in the post mortem: Abdomen, thorax