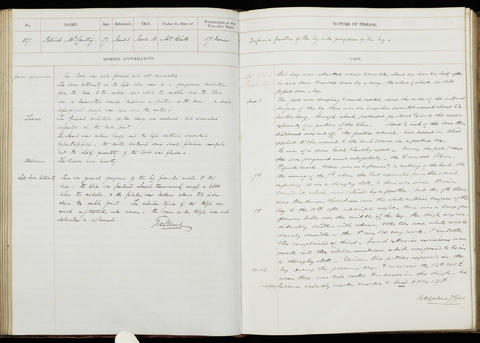 Occupation or role: [No occupation stated]
Age: 17
Gender: Male
Date of admission: 01 Jun 1847
Date of death: 13 Jun 1847
Disease (transcribed): Compound fracture of the leg with gangrene of the leg.
Disease (standardised): Fracture (Leg); Gangrene (Leg)
Admitted under the care of: Keate, Robert
Medical examination performed by: Gee, Adolphus John
Post mortem examination performed by: Pollock, George
Medical notes: This patient was admitted about an hour and a half after he had been knocked down by a dray, the wheel of which, he stated passed over his leg.
Body parts examined in the post mortem: Thorax, abdomen and left lower extremity
Type of incident: Trauma/accident