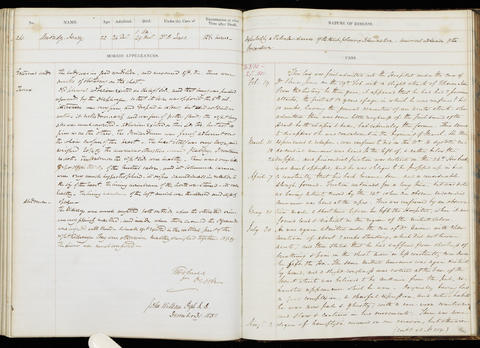 Admitted under the care of: Bence Jones, Henry
Medical examination performed by: Barclay, Andrew Whyte
Post mortem examination performed by: Ogle, John William and Holmes, Timothy
Medical notes: 'This lad was first admitted into the hospital under the care of Dr Bence Jones [Henry Bence Jones] on the 19th Feb with a slight attack of rheumatism. From the history he then gave, it appeared that he had had 2 previous attacks, the first at 13 years of age in which he was confined to bed 10 weeks, having the general characters of an acute attack’
Body parts examined in the post mortem: Thorax, abdomen