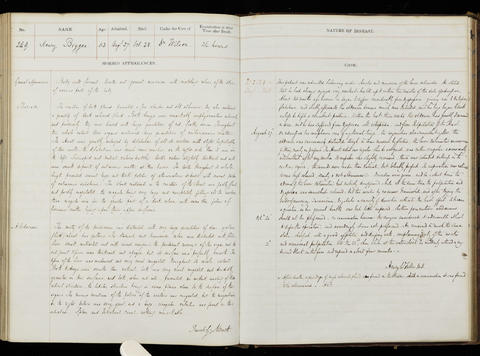 Admitted under the care of: Wilson, James Arthur
Medical examination performed by: Hewett, Prescott Gardner
Post mortem examination performed by: Fuller, Henry William
Medical notes: 'This patient was admitted labouring under ascites and anasarca of the lower extremities. He stated that he had always enjoyed very excellent health up to within two months of the date of admission. About two months ago however he began to suffer considerably from dyspepsia’
Body parts examined in the post mortem: Thorax, abdomen