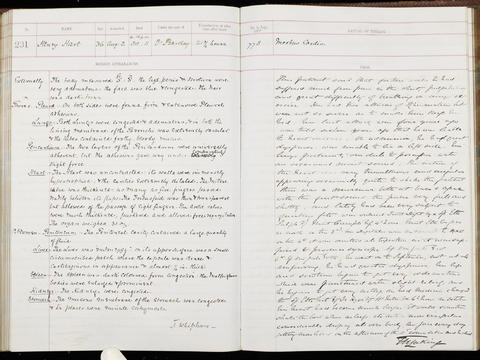 Admitted under the care of: Barclay, Andrew Whyte
Medical examination performed by: Laking, Francis Henry
Post mortem examination performed by: Whipham, Thomas Tillyer
Medical notes: 'This patient said that for ten weeks he had suffered much from pain in the chest, palpitation and great difficulty of breathing on any exercise. Had had two attacks of rheumatism but [they] were not so severe as to make him keep his bed. His last attack was four years ago. Was told sixteen years ago that he was liable to heart disease’
Post mortem notes: Body parts examined in the post mortem: Thorax, abdomen