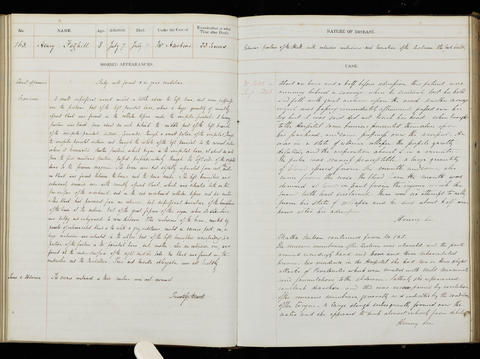 Admitted under the care of: Hawkins, Caesar Henry
Medical examination performed by: Hewett, Prescott Gardner
Post mortem examination performed by: Lee, Henry
Medical notes: 'About an hour and a half before admission this patient was running behind a carriage, when he suddenly lost his hold and fell with great violence upon the road. Another carriage which was passing immediately afterwards passed over his leg but it was said did not touch his head’
Body parts examined in the post mortem: Cranium