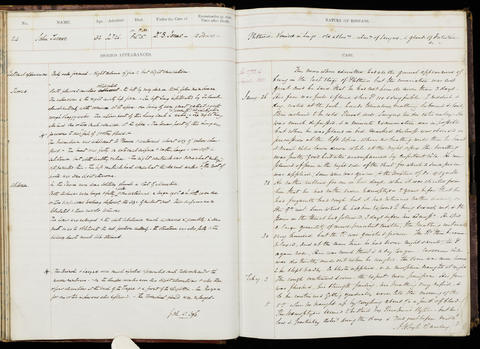 Admitted under the care of: Bence Jones, Henry
Medical examination performed by: Barclay, Andrew Whyte
Post mortem examination performed by: Ogle, John William
Medical notes: 'This man when admitted had all the general appearances of being in the last stage of phthisis but the emaciation was not great and he said that he had not been ill more than 3 days. His face was full & florid & his pulse 110 & very feeble’
Body parts examined in the post mortem: Thorax, abdomen